The Patriarch of Constantinople 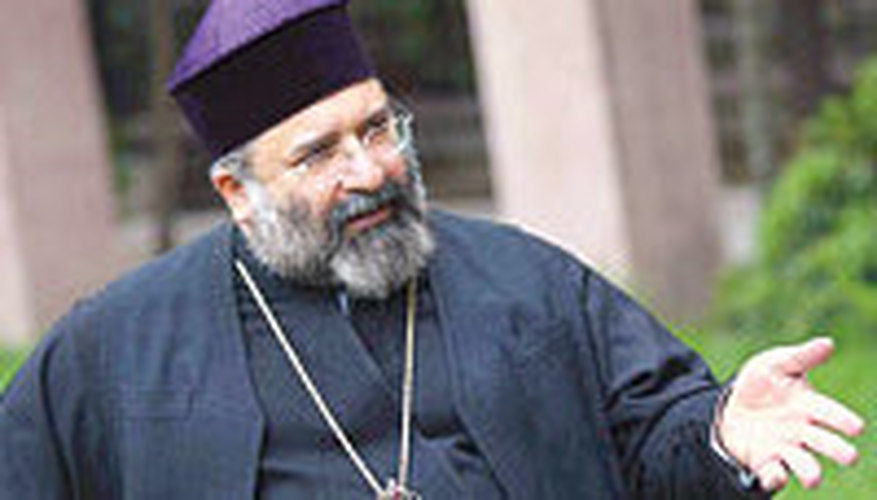 In 1995-2001 I had the priviege on several occasions of fellowshipping with Patriarch Mesrob II Mutafyan of Constantinople (Istanbul). At that time he was the archbishop. It has left its deep marks on me.

I was led by the Lord to visit Turkey on several occasions. Through mysterious circumstances, I was led to Mesrob II. He received me with the utmost warmth and courtesy. We prayed together in English and tongues (!), we read the Bible together, and we discussed numerous issues around the challenges of life. He had deep insights into the charismatic dimensjon of our common Christian faith.

Since, he has become the Patriarch.

Here is his brief biography, taken from an interview with a Turkish newspaper:

Mesrob Mutafyan II became the 84th patriarch of Turkey's Armenian Orthodox community in 1998 after Patriarch Karekin II passed away. Mesrob II studied theology in 1979-1982 at the Hebrew University of Jerusalem in Israel. He held several positions in Turkey's churches including bishop, chairman of the Religious Council, patriarchal vicar for Ecumenical Affairs, overseer of the Theological Auditorium, vice-president of the Patriarchal Advisory Council and archbishop. He is the editor-in-chief of the Shoghagat Theological Review. He has academically worked on the "Vanakan Vartabed's Commentary of Davoush on the Book of Job." He is bilingual in Turkish and English and uses classical Armenian, Hebrew, French and Italian in his academic studies.