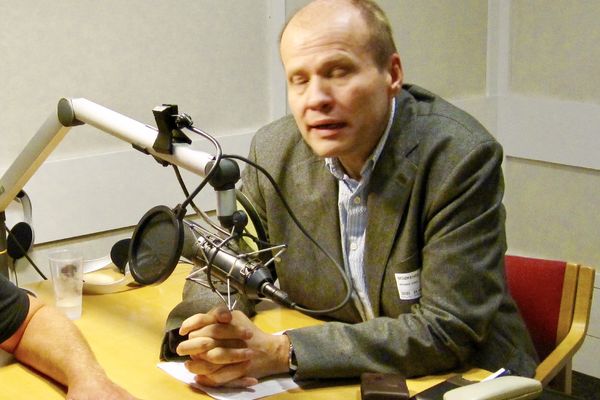 On January 25th, Oslo City Court convicted the blogger Jan Kåre Christensen. The pastor couple Aina & Jan-Aage Torp are grateful for the unanimous verdict, and are now finished with the case.

- We reported him to the police on September 24th, 2014, and the Police indictment was supported by Oslo City Court. Our objective with the police report was to stop his harassment and persecution of many ministers for a number of years, and specifically of us since 2011. The verdict is so decisive and clear that we have been able to present it for search engines and other implicated entities that are following up on this, based on Norwegian and international law. We have achieved all that we had intended by reporting him to the Police, and this sets the standard for our many colleagues that he harasses on a daily basis.

Christensen was sentenced based on § 390A of the Criminal Law: «Whoever by intimidating or harassing behavior or other reckless behavior violates another's peace or who is accessory thereto is punishable by fines or imprisonment up to 2 years. Public prosecution shall only take place at the request of the aggrieved party and is deemed necessary in the public interest.» The verdict from Oslo City Court states that:

«In the period from January 2012 to March 2015 from his residence in Krokstien 2C in Oslo or elsewhere, he proposed on the website jan.christensen.net and/or other websites that he had established a number of blog posts where Jan-Aage Torp was featured partly as a «self-centered», «nasty», «rude», «narcissistic», «sick», «tyrant», «psychopath» and «leper». Furthermore, it was repeated in several of the posts and/or in the comments that Torp «lives in fornication» and that he is an «old pig who divorces and marries the nanny».

2. Jan Kåre Christensen will not have to pay compensation.

3. Jan Kåre Christensen is furthermore sentenced to the payment of the court expenditures for the public: 3 000 – threethousand – kroner.

Borgarting Court of Appeal​ has unanimously denied the convicted blogger´s appeal regarding the presentation of evidence and the question of guilt after the verdict from Oslo City Court, but will allow that he «may present an appeal pertaining to application of law». The verdict from the judges says: «The Court of Appeal does not find that there are special reasons to present an appeal regarding the presentation of evidence under the question of guilt. The handling of the appeal case will be based on the facts that Oslo City Court found to be proven». The appeal case will be conducted on April 5th, 2017. The Public Prosecution office in Oslo finds it unthinkable that Pastor Jan-Aage Torp would be summoned as a witness in that this is «legal fodder» that deals only with the question about which legal paragraphs should be considered. Nevertheless, the verdict against Jan Kåre Christensen is unambiguous and unanimous, and the appeal case gives no grounds for a re-evaluation of the evidence and the question of guilt. The application of law is a matter between the Public Prosecution office in Oslo and Christensen´s attorney, Brynjar Meling, and has no practical significance for Torp.

- We are so content with this verdict that we regard this case as finished, maintain the pastor-couple Torp who are especially grateful for the help they received form attorney Ann Helen Aarø in the proceedings for the City Court, and from attorney Per Danielsen in the assessments of the appeal case, which will be limited to the application of law.  We are also thankful for good work by the Hate Crime Group at Manglerud Police Station.