-God is telling His story about Oslochurch! 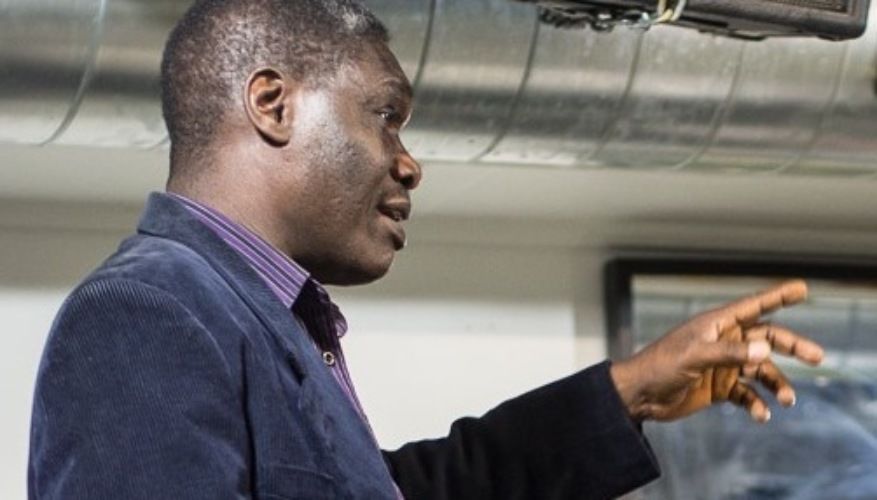 In an inspirational, prophetic message last night at the pub, pastor Duke Ajieh conveyed a heartwarming message in Norwegian: -God is telling His story about Oslochurch! Human beings don´t see beyond the physical reality, but God is the Author of success: He creates the success stories!

Pastor Duke Ajieh is the second-in-command (secretary) of the executive  committee of the European division of Redeemed Christian Church of God (RCCG). After 15 years as a pastor in Norway, Duke Ajieh prefers to preach in English. But yesterday it happened: Pastor Duke preached in fluent Norwegian at the pub!

- I want to share the story of Christ tonight, Duke Ajieh established as he began preaching. -Like Jonah of the Old Testament, we so often have our own plans. Jonah didn´t want to bring the message to Nineveh, but preferred Tarsus. But God wanted to create a different story, so He made Jonah do it in His way by sending him into the belly of a fish.

- Peter of the New Testament was impulsive, doing things in his own way. But God did not give him up. Jesus worked with him, and Peter became the rock!

- Pastors Jan-Aage & Aina have been through fire, but God has not given up on this church. The end of God´s story will be more glorious than the beginning! Human beings don´t see beyond the physical reality, but God is the Author of success: He creates the success stories! God is leading you from one level to the next! When we let Him order our steps, there will be total victory! declared the Nigerian-born pastor.