A Worldwide Strategy for the Fulfilment of the Great Commission!
Jan-Aage Torp 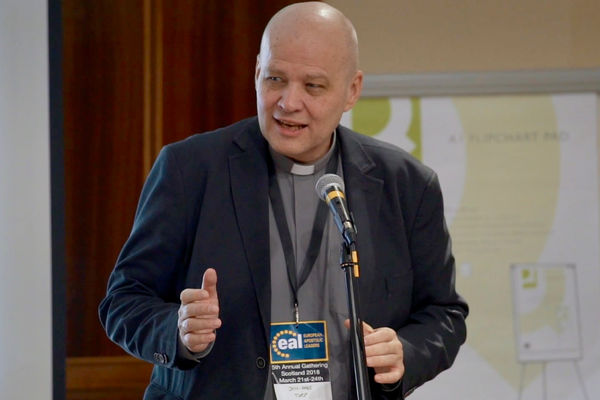 Paying 10 percent of your gross income is the best way to ensure that the Great Commission will be fulfilled in our lifetime!

I am sick and tired of Christian non-tithers, net-tithers, anti-tithers and partial-tithers! I have quit spending time trying to convince people who have shut their minds and hearts to God´s ingenious method to ensure that the Great Commission will be fulfilled: «Jesus came and said to them, All authority in heaven and on earth has been given to me. Go therefore and make disciples of all nations, baptizing them in the name of the Father and of the Son and of the Holy Spirit, teaching them to observe all that I have commanded you. And behold, I am with you always, to the end of the age» (Matthew 28:18-20).

I know all the words against tithing, and they just don´t compute.

Tithing is an ingenious method cross-culturally, worldwide, in every sort of nation and situation: Rich or poor, it provides the Church of Jesus with 10 percent of the income of all true members. That´s enough in most countries to pay an average salary to a pastor, pay for facilities, and even pay for the sending out to other nations and cultures of Christ-ordained apostles, prophets, evangelists, pastors and teachers!

Of course, it´s a sacrifice! The carnal mind wants to keep everything for himself and his family. But the divine law of sowing and reaping tells us that you will reap the benefit! And, anyway, it´s about obedience to God! If you truly care about the fulfilment of the Great Commission, then you will make tithing a vital part of your priorities! You may even pay more than your tithe. As a young man, I was inspired by my professor at Fuller Theological Seminary, Dr. C. Peter Wagner, who declared that he practised «graduated tithing», meaning that he and Doris increased the percentage every year. Ha! I like that!

I know there are some selfish people who lie and steal the money for themselves, but the Holy Spirit will take care of them, just as He did with Ananias & Saphirra.

In Oslo, Europe, and beyond!

Restoration Oslochurch became a registered church a few years ago, and I am paid a (minimal) salary to enable me to serve and lead the congregation and ministry together with my wife Aina and elders. We teach every member, every believer, even new believers, to pay their tithe - in the church where they belong. Every cent must go to fulfill the Great Commission, and Restoration Oslochurch is even serving the nations of Europe and beyond. When we plant churches, or have a supporting role in well-established churches around the world, we teach their members to pay 10 percent of their gross income to their own church. They can therefore imitate us, as we imitate Christ! The expansion is unstoppable when genuine believers make this a «non-negotiable»!

The tithe was established before the Mosaic law, and has nothing to do with «legalism»! Jesus Christ, Mr Grace Himself, observed the tithe, and Jesus is the Founder and Perfecter of our faith, both Old and New Testaments. God´s Word (Malachi 3) sternly corrected the believers who robbed the House of God of their tithe.

If someone refuses to pay their full tithe to their church, they are really making a loud and clear statement that they are on a «charismatic-evangelical luxury cruise». It´s selfishness or fear or lack of understanding, or a combination. Believers like that are simply not participating in the fulfillment of the Great Commission!

«Well, I send my tithe to Christian tv»....  If you are doing that because there simply is no local church around you, then I would commend you. But if you are doing that from your surreal charismatic couch, with no hands-on, tangible training and relatonships that you are actively participating in, then you are fooled! Christ never set his apostles, prophets, evangelists, pastors and teachers in «the TV church». That´s Christian «faith business» which you can help as an addition to tithing by purchasing their products, give a donation for a project etc. But don´t mix that with being a part of the real-life disicipling of individuals and peoples!

A friend of mine was pastoring a church in the US. He had some nice charismatic «members» who attended his church. They gave their «token tithe» in the local church offering, but they sent the bulk of their «tithe» to famous tv ministers. One day, one of these «members» fell ill, and needed prayer on site at the hospital. Guess who they called? Not the tv ministers, but the local church minister. He chose to teach them a lesson, and told them instead to call for «Reverend BH and KC», who obviously did not come.... I would not have been as harsh as my friend, but I understand the logic.... 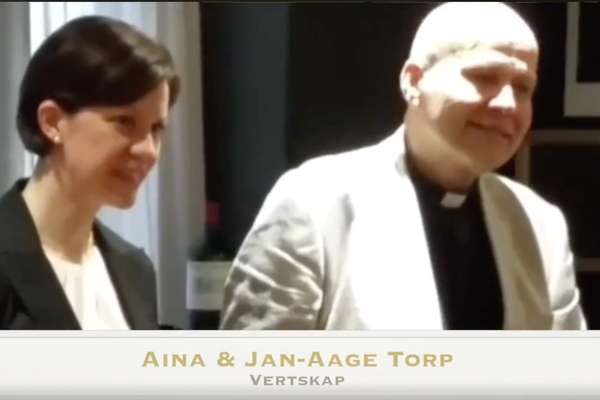 We appreciate your tithe and donation

Aina & I truly appreciate your tithe, and also your donation given to our church and ministry in holy respect for the work of God´s Kingdom.

Below are links to where you can give via international bank transfers, credit or debit cards, and in Norway via netbank and Vipps. Thank you for standing with us financially!