Menu
News/Historic: Oslokirken/Speaks at Gandhi Symposium held by the Embassy of India

Speaks at Gandhi Symposium held by the Embassy of India 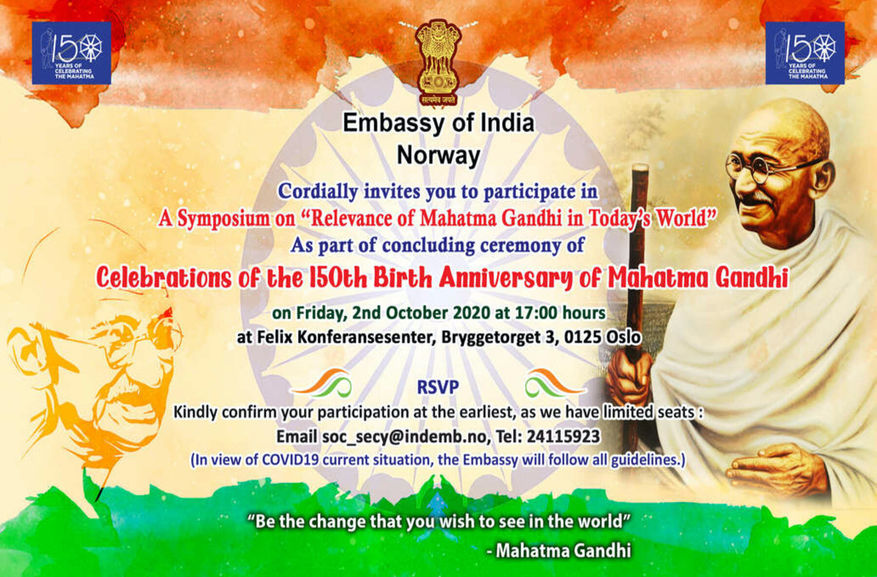 On Friday, October 2nd, Pastor Jan-Aage Torp is a speaker at the closing seminar of the symposium «Mahatma Gandhi´s Relevance in Today´s World». There have been several seminars connected to the 150th anniversary of Gandhi´s birth.

Pastor Torp will give a 8-10 minute address upon the invitation of India´s Ambassador Dr. B. Bala Bhaskar. Here Torp will recount how Gandhi´s non-violence philosophy shaped his practice in a young age, impacted by his missionary father, and he will discuss the impact on him of the internationally acclaimed Gandhi expert, Norwegian Professor of Philosophy, Dr. Arne Næss, who in 1996 testified for Torp in a court case in Oslo City Court.

The Symposium is held by the Embassy of India in Norway.