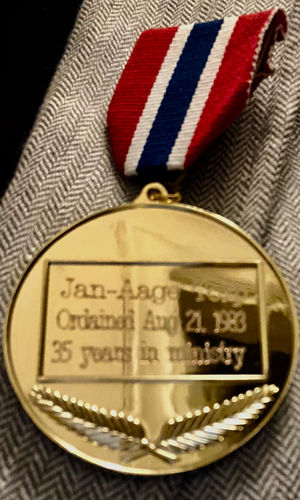 The medal of honor

The 35th anniversary of Jan-Aage Torp´s ordination was celebrated today in Oslochurch. It was truly a memorable time.

Jan-Aage was congratulated with beautiful written greetings from the Executive Committee of European Apostolic Leaders (EAL) as well as Norwegian pastor colleagues and businessmen. There were also congratulations from several members of Oslochurch, led by his wife Aina.

A golden medal of honor was given to Jan-Aage by EAL, inscribed with the following words: «Jan-Aage Torp. Ordained Aug 21, 1983. 35 years in Ministry». 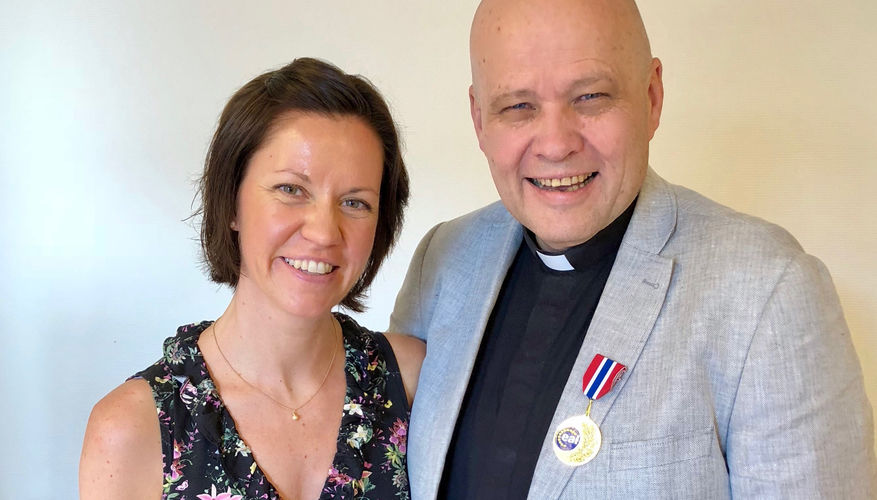