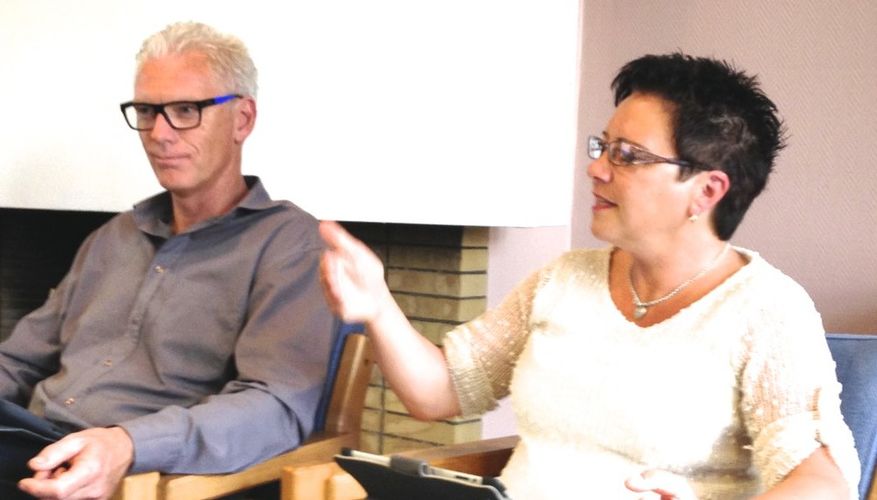 The Berg Olsen couple from Stathelle in Telemark are both raised in the Salvation Army, and now lead «House of Fire"» at their home place. Jan-Aage met them 10 years ago, and they have had sporadic contact. Both Tormod & Anita work as teachers in the public school, and they have during the past 10 years responded to the Lord´s calling to serve churches in Norway, Bulgaria and Italy.

- The Lord is calling Oslochurch to redig the old wells, said Tormod and referred to Genesis 26.

- What do you «see»? asked Anita and referred to Jeremiah 1:11. - The Lord is calling you to rediscover what the Lord has called you unto, she established, - Old visions are not lost, but the Lord wants you to see them with your own eyes.

Tormod & Anita ministered for each one in the church.

- Good to have them here, declared Jan-Aage afterwards. - We look forward to having them with us again on the second day of Pentecost!