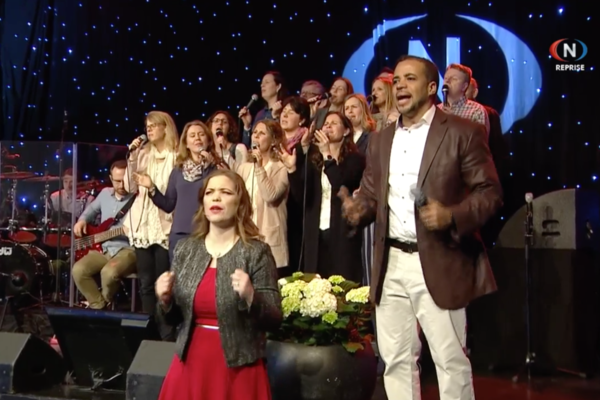 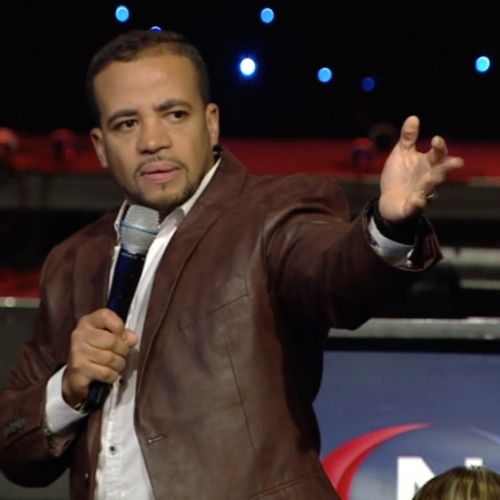 Something is changing in Norway!

The apostolic-prophetic-evangelistic-revivial expression of Jesus Christ worldwide today is becoming the new norm here! This is the kind of Christianity that defines what evangelicalism is today on continent after continent.

This morning I have watched the rebroadcast of last nght´s prophetic revival meeting on TV Visjon Norge with Venezuela-born prophet Dionny Baez who leads the H20 Church in Philadelphia, Pennsylvania, USA. The meeting was the first in four days of meetings.

Dionny Baez was splendidly translated by his young translator Veronica Sandaker, and the music team from Sannhetens Ord Bibelsenter in Slemmestad led the beautiful praise and worship. CEO of TV Visjon Norge, Dr. Jan Hanvold, led the service with a steady hand.

What was so special about the meeting?

1) There were prophetic accounts from the nations of the world showing how Presidents of nations are turning to Jesus. This is normal today.

2) There were prophetic messages to viewers on tv and people in the auditorium that unlock their potential and calling, and give faith for innovations and breakthroughs. This is what the Lord is doing today.

3) There was prophetic revelation that was spoken unashamedly about what is going on in the heavenlies, much like when the apostle Paul conveyed openly what he saw in the spiritual realm. This revelation was conveyed openly to the whole people of Norway last night, watched by at least 200.000 on live tv.

4) There were proclamations of healings and financial breakthroughs to viewers and attendees. Young and old received the words from God.

5) There was a bold invitation to make Jesus the Savior and Lord of your life, in line with the consistent message of Billy Graham during his lifetime. This is happening today in Norway.

6) The meeting as a whole, and particularly, the message and ministry of Dionny Baez, was permeated by joy. This characterizes world Christianity today, just like Jesus Christ who was «filled with the oil of joy».

7) Watching on tv this morning, I could see in the audience people with lutheran, catholic, baptist, methodist and pentecostal background, even recognized priests and pastors. This vibrant form of Christianity crosses all denominational and cultural boundaries.

My spiritual father, Dr. C. Peter Wagner, said many times that this vibrant expression of Christianity is «the largest and fastest growing segment of non-Catholic Christianity worldwide».

Congratulations, Norway and Europe! We are catching the fire!